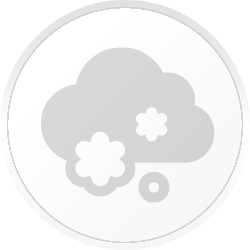 Updated 12/16/20: The Weather Channel issued a report detailing the latest conditions associated with Winter Storm Gail as it impacts the Northeastern U.S.

NOTE: This has not yet been declared a FEMA Disaster.

Winter Storm Gail will intensify into a high-impact nor’easter for parts of the mid-Atlantic and Northeast beginning Wednesday, where it will bring heavy snow, strong winds and some coastal flooding. Significant winter storm impacts are not only expected in the interior Northeast, but also near parts of the Interstate 95 corridor from southern New England to New York City and areas near Philadelphia.

The upper-level energy that will eventually spawn this East Coast storm is pushing into the Plains right now, where it will bring generally light to moderate snowfall on Tuesday.

Once that energy reaches the eastern states on Wednesday, it will help generate and intensify an area of low pressure near the Northeast coast. At the same time, strong high pressure in eastern Canada is expected to supply fresh, cold air into the Northeast.

With these ingredients coming together, we are expecting one of the more impactful Northeast winter storms in the last couple of years.

The National Weather Service has posted winter storm warnings, watches and winter weather advisories from southern New England into parts of the mid-Atlantic and the central and southern Appalachians.

Philadelphia is included in the winter storm warnings as well as Harrisburg, Pennsylvania, Scranton, Pennsylvania, Hagerstown, Maryland, and Roanoke, Virginia.

Winter storm watches remain in effect from the New York City metro into southern New England, but parts of those areas will likely be upgraded to warnings later today.

Hurricane Ian rapidly intensified Monday as it barreled toward Florida, threatening danger storm surges in places not used to getting hit directly by a hurricane.