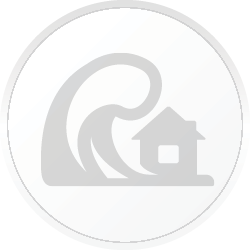 “A tsunami may have been generated by this earthquake,” the Pacific Tsunami Warning Center said in a post.

There is a threat of sea-level fluctuations and strong ocean currents that could be a hazard along beaches, in harbors and in coast waters of American Samoa, the center said. The earliest a tsunami could reach American Samoa would be at 10:19 a.m. Thursday (4:19 p.m. EST).

“All residents along the coasts must evacuate immediately to higher grounds,” the National Weather Service said. American Samoa is about 1,700 miles northeast of New Zealand.

In a separate post, the Tsunami Warning Center said, “An investigation is underway to determine if there is a tsunami threat to Hawaii.”

Hurricane Ian rapidly intensified Monday as it barreled toward Florida, threatening danger storm surges in places not used to getting hit directly by a hurricane.